By the use of the wire containing gold-copper alloy, MelbeaGold intrauterine contraceptive devices (IUDs) provide long-term protection against unwanted pregnancy. 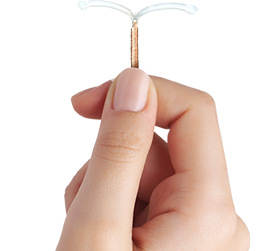 Why is it worthwhile to opt for a non-hormonal MelbeaGold intrauterine device?

The active substance of MelbeaGold IUDs is a wire with gold and copper content, the active material copper of which includes gold diffused in its deeper layers.

Therefore MelbeaGold IUDs exert their effect with maximum intensity as the entire surface of their active substance participates in the contraception process.

In contrast to hormonal contraception methods, they do not affect the hormonal balance of the organism.

No daily attention is required after application

It exerts its effect with maximum intensity

Due to its special structure

Who is MelbeaGold right for?

Earlier on, intrauterine contraception was particularly recommended to women over 35 years of age where the period of family planning was already terminated. This recommendation was based, to a great extent, on the observation that in younger or nulliparous women occurrences of heavy menstrual periods, strong pain or IUD rejection were more frequent than in women who already gave birth. A recently prevailing approach is, however, that this group of women can also be befitting subjects for intrauterine contraception, especially if they do not wish to apply hormonal contraception methods for personal considerations or they cannot do so for health-related reasons.

Based on these new findings, the prescription criteria for traditional IUDs of copper content were modified in the USA, for instance, so they can be applied in the case of all women over 16 since 2005. The same way as in the case of older women or those who already gave birth, younger women will generally have less or no pains and less heavy bleeding as the organism gets accustomed to the foreign body. As there is a somewhat higher risk of rejection of the intrauterine device, it is particularly important for younger women to perform regular self-checks of the thread.

Essentially all women must use contraceptives until menstruation discontinues. The widespread misbelief that women over 45 do not need to use contraceptives leads to a great number of unintended pregnancies year by year, involving high risks for both mother and child. Intrauterine contraception can also be excellently applied in the case of women over 35 years of age, particularly for women who do not wish or are not advised to burden their bodies with hormonal contraception methods either for personal or for health reasons, for instance that they smoke. Intrauterine contraception also provides a long-term and similarly safe alternative for those who are deterred by sterilization after their family planning period is completed.

If you consider the option of sterilization, please take into account that all surgical interventions represent a certain risk for the patient, and that – as opposed to a widespread opinion to the contrary – sterilization does not provide absolute protection against pregnancy: in spite of being sterilized, an average of one out of 1,000 women become pregnant. MelbeaGold IUDs can be used for a long term and provide reliable protection against unintended pregnancy until menopause. It is also a fact of common knowledge that intrauterine contraception is particularly harmless to the organism of women over 35 and women after childbirth.

Couples are frequently warned away from having sexual intercourse during the 4-6 weeks immediately following childbirth as it is presumed that lochia (puerperal discharge) can be infectious. Even if this is not likely to be the case, women generally avert the thought of sex during this period. Afterwards, however, many women enjoy their sexuality with renewed intensity. During lactation, ovulation fails to occur in most cases, and the first menses takes place towards the end of the lactation period. Nevertheless, ovulation can occur during lactation, before the first menses takes place. Therefore it is essential to apply a reliable method of contraception even during the period of lactation, as soon as sexual activity begins, especially because pregnancies shortly after one another involve considerable health risks both for both the mother and the child to be born.

During lactation, the selection of contraceptives is governed by special rules as adverse effects to the baby through breast milk must be avoided. For this reason, hormonal contraception methods are not allowed to be applied. After childbirth, however, intrauterine contraception is a specially recommended solution. Just as traditional IUDs of copper content, MelbeaGold IUDs can be applied as early as four weeks after childbirth, and they provide long-term and safe protection against unintended pregnancies without endangering the baby’s health. It is also a benefit that intrauterine contraception is not detrimental to the female organism. 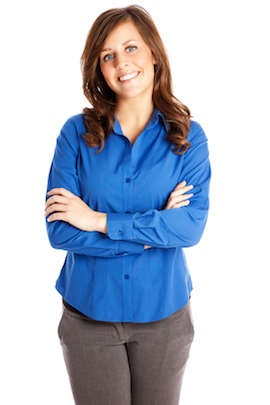